​
​​This archive gallery shows a selection of previous exhibits from our
​Behind the Uniforms Exhibition, which are no longer part of the museum.
It is dedicated to their service and memory.

If you would like to donate a uniform or item
​of headdress to the museum,
please visit this page.

William Edward Harry Lawson was born on the 22nd of October 1920.  He spent his childhood at Hall Barn in Beaconsford Buckinghamshire, the seat of his father Major-General Edward Frederick  Lawson, the 4th Baron of Barnham. The Lawson family had strong connections to the Daily Telegraph. In May 1939 after attending Eton College, where he was Cadet Sergeant in the Officer Training Corps., W. E. H. Lawson became a Second Lieutenant in the Royal Buckingham Yeomanry. The Yeomanry saw action with the British Expeditionary Force in France before being evacuated from Dunkirk in 1940, with Lawson personally disembarking on HMS Worcester. After Dunkirk he transferred to the Scots Guards in June 1941 where he served with distinction, being Mentioned in Dispatches for his service in Malaya  in 1950/51, then taking command of C Company in 1956 and then the 1st Battalion in 1959 until 1962, when he retired from the regiment, having risen to the rank of Lieutenant Colonel. During his military career he served in the Second World War, Egypt, the USA, and in postwar Germany. He was also made an Officer of the British Empire. During the funeral of Sir Winston Churchill in 1965, Colonel the Lord Burnham was part of the first watch. Upon the death of his father in 1963, he became the 5th Baron of Burnham, serving as a Justice of the Peace in 1970 and representing Her Majesty Queen Elizabeth the Second as a Deputy Lieutenant of Buckinghamshire in 1977. After an active life Colonel "Bill" Lawson, the 5th Baron of Burnham passed away on June the 18th 1993.

More about Lord Burnham can be found in the thepeerage.com, beaconsfieldhistory.org.uk, in the book "Among Friends - The Scots Guards 1956 - 1993" Murray Naylor, 1995, and in the London Gazette. 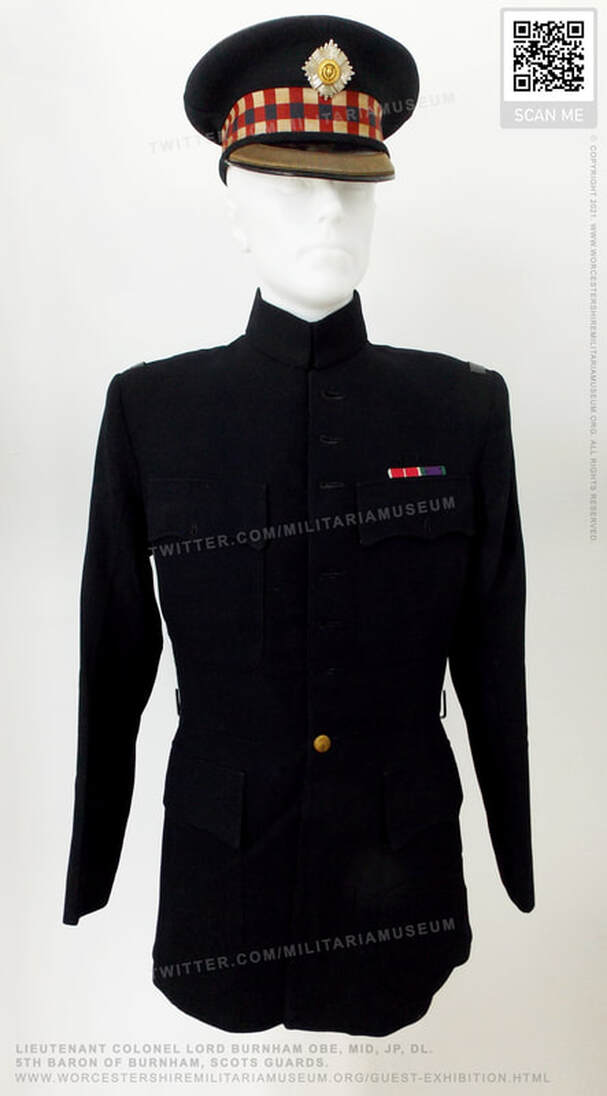 Michael Thomas Bell was born in 1915. He grew up in Capheaton Northumberland and was the son of Lieutenant Colonel Henry Stanley Bell CMG, of Bavington Hall, the High Sheriff of Northumberland in 1939. After gaining a Masters of Art from Cambridge, Thomas Bell was commissioned a Second Lieutenant in the 4/7th Royal Dragoon Guards in January 1936. In January 1939 he was promoted to Lieutenant and in January 1944 a Captain. During the Second World War he saw action in Normandy, as Squadron Leader of C' Squadron 4/7th RDG, Royal Armoured Corps. Tragically, on the 9th of August 1944 during the attack on Le Plessis Grimoult, Major Bell was killed in action. He was 29 years old. He is buried at St Manvieu War Cemetery. A painting of Major Bell in full dress uniform forms part of the inventory of the York Army Museum.

​More about Major Bell can be found in the www.cwgc.org, www.artuk.org, and in the book "Monty's Marauders" Patrick Delaforce, Pen & Sword Military 2008, and the London Gazette.

Guy "Smokey" Bearne was born in Headley Hampshire on the 5th of November 1908. He went to school at Newton College before being commissioned as a Pilot Officer in June 1929. During the 1930s he specialised as an Armament Officer, serving at various stations, as well as HQ British Forces Iraq in 1938. By the start of WW2 he was a Squadron Leader and helped setup and organise training airfields, equipment and personnel. He commanded B Flight 107 Group before taking command of No.3 Air Gunner School from 1942 to 1944. In 1945 he commanded the bomber station, RAF Balderston. Apparently he attended the Potsdam Conference. After the War he was briefly posted to RAF Malaysia before being promoted to Acting Air Commodore in January 1953 as Air Officer Commanding Rhodesian Air Training Group. In early 1956 he was promoted to Air Vice Marshal and took over command of HQ Technical Training Command. He was mentioned in dispatches twice and made a Companion of the Most Honourable Order of the Bath in the 1958 Queen's New Year's Honours list. After nearly 40 years he retired in November 1961. AVM Bearne's contribution to RAF training, as well as small hand in radar development. was an understated yet vital asset to achieving victory and the postwar service. At the ripe old age of 93 Guy Bearne emigrated to New Zealand! Air Vice Marshal Guy Bearne passed away in New Zealand on the 1st of November 2005.

Eric Cecil Bates was born in Australia and was from Perth, Western Australia. In August 1930 he joined the Royal Air Force and was quickly promoted to Flying Officer. In 1936 he was given a permanent commission with the rank of Flight Lieutenant and was promoted again to Squadron Leader. He was posted to Australia to work closely with the Royal Australian Air Force as Chief Instructor of No.1 Air Training School and by November 1940 was the Commanding Officer of the newly formed Central Flying Training School, Camden Station. On the 1st of July 1941 he was awarded the Air Force Cross. He was promoted to Wing Commander on the 3rd of December 1942 and in January 1944 Group Captain. By early 1945 he was at RAAF Overseas HQ in London, and was Mentioned in Dispatches on the 15th of June. In the New Year’s Honours list of 1946 he was made a Commander of the Order of the British Empire. On the 1st of January 1953 he was promoted to Air Commodore and served as Air Commodore of Intelligence until 1955, when he was made an Air Vice Marshal and Air Officer of Administration. An interesting coincidence is that Bates was promoted to Air Commodore on exactly the same day as AVM Guy Bearne. In 1958 Air Vice Marshal Bates was made a Companion of the Order of the Bath and retired on the 27th of January 1959.

More about Air Vice Marshal E. C. Bates can be found in the London Gazette, www.awm.gov.au, www.gulabin.com, www.trove.nla.gov.au, and rafweb.org. 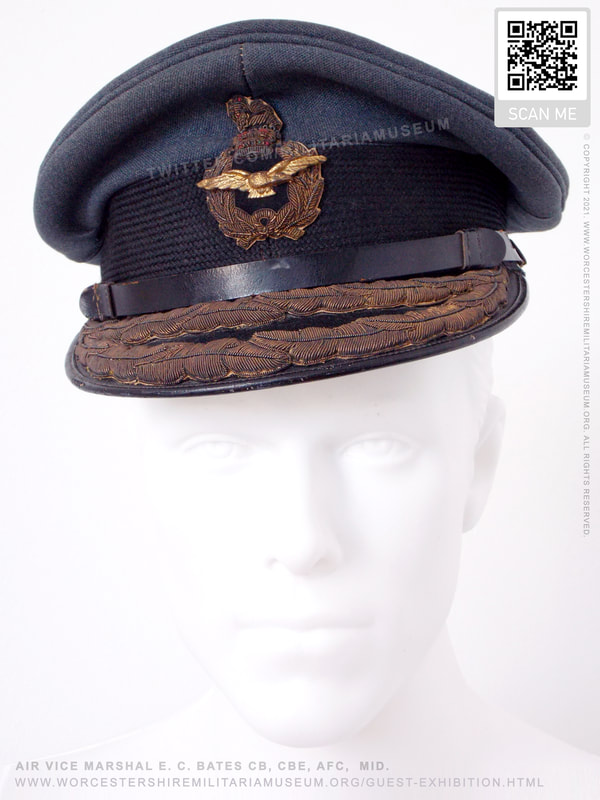 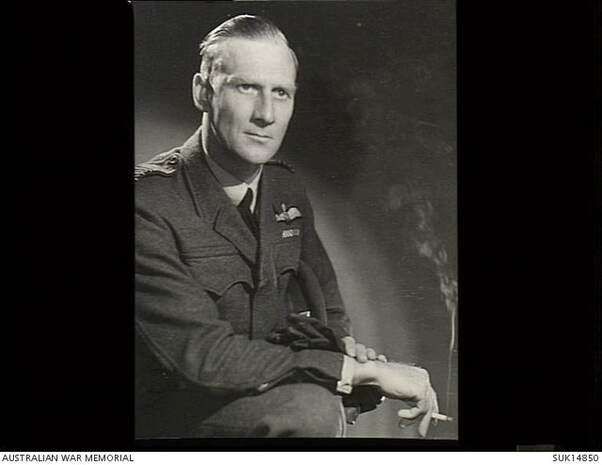 Cresswell Montagu Clementi was born on the 30th of December 1918, the son of Sir Cecil Clementi GCMG, former Governor of Hong Kong and High Commissioner of Malaya. He was educated at The Mercer’s School then Winchester College before obtaining a Masters from Oxford University. Prior to the outbreak of the Second World War he joined the Royal Air Force Volunteer Reserve, being commissioned a Pilot Officer on the 18th of October 1938 and in April 1940 was promoted to Flying Officer. After the Battle of Britain, when the RAF took to the offensive, Clementi was a pilot flying Whitley bombers over France. During one such mission, on the 23rd of December 1940, he and his crew were injured during a collision with a Lysander upon landing, tragically claiming the life of Clementi’s gunner, Sergeant Irwin Geoffrey Johnson RAFVR. On the 22nd of April 1941 Clementi he was promoted to War Subs Flight Lieutenant and then Temporary Squadron Leader on the 1st of June 1942, which was confirmed War Subs in September 1943. For services during the war he was Mentioned-in-Dispatches on the 8th of June 1944. On the 1st of September 1945 he was given a permanent commission in the RAF and confirmed at the rank of Flight Lieutenant. In October 1945, in a Lancaster bomber from the EAAS he toured Africa. After his return he was made an Officer of the Military Division of the Most Excellent Order of the British Empire, on the 13th of June 1946. He was confirmed Squadron Leader on the 1st of August 1947 and then Wing Commander in July 1952 with Group Captain in July 1958. During 1958 he was posted to Christmas Island for Britain’s Nuclear weapons tests. In July 1965 he was made an Air Commodore. He was elevated to Commander of the Military Division of the Most Excellent Order of the British Empire in January 1968 and became Air Vice Marshal on the 1st of July 1968, before accepting the post of Air Officer Commanding 19 Group Coastal Command, in August of that year. From December 1969 until January 1972 he was the Senior Royal Air Force Member, of the Royal College of Defence Studies. In 1972 he became the Air Officer Commanding of Administration, Air Support Command before assuming the same position in Strike Command, from September of that year until the 9th of March 1974, retiring from the Royal Air Force just under a month later. During his last command he was made a Companion of the Order of the Bath, on the 2nd of June 1973. He was also awarded the RAFVR Air Efficiency Award for his dedicated service. On the 26th of August 1981, at the relatively young age of 62, Air Vice Marshal Cresswell Montagu Clementi CB, CBE, AE, MID, MA passed away.

Harold Ralph Blake was born on the 25th of December 1911 in Yorkshire. During the Second World War he served as a Flight Sergeant in the Medical Branch at a FAP (First Aid Post), most probably on an airfield. In November 1946 he was commissioned a Pilot Officer on probation and two years later promoted to Flying Officer, which was confirmed in July 1948. On the 1st of May 1951 he was promoted to Flight Lieutenant, now in the Medical Technician Branch. In December 1966 he retired from active duty with the rank of Squadron Leader.

More about Squadron Leader H. R. Blake can be found in the London Gazette and www.genesreunited.co.uk. 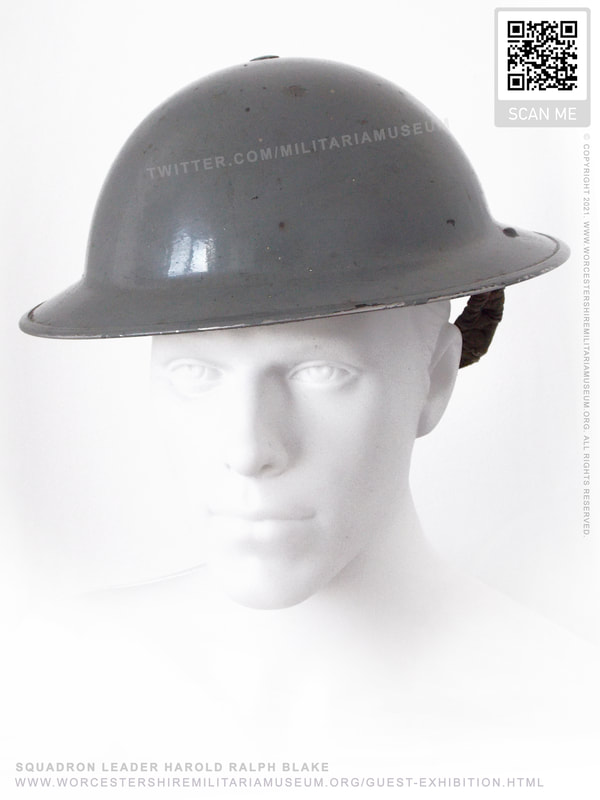